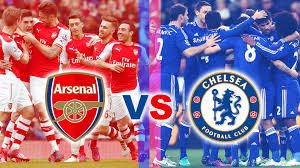 Arsenal hosts Chelsea in a match from the 23th round of the English Premier League.

Arsenal are currently 5th in the Premier League standings, trying to catch up with the 4th Chelsea. At this moment the Gunners are trailing on 6 points behind the Blues. This is the reason why Unai Emery’s team really needs to win this game in order to keep its chances for a Top 4 finish at the end of the season. If Arsenal misses on Champions League qualification, this would be a big failure for the club. They started the season pretty well, but with time they started to make many mistakes.

At this moment Arsenal’s record in the league shows 12 wins, 5 draws and 5 losses. In their last five games in the league Emery’s boys won twice, lost twice and made one draw. You can see how inconsistent they are. In their last game Arsenal suffered a 0-1 defeat during the visit to West Ham at the London Stadium.

As for Chelsea, the Blues are currently 4th in the league with 47 points. Right now Chelsea’s record in the league is 14 wins, 5 draws and 3 defeats. Maurizio Sarri’s team is just one point behind the 3rd Tottenham.

In their last fixture Chelsea enjoyed a 2-1 win over Newcastle United at home. Pedro and Willian scored for Chelsea, while Ciaran Clark’s goal for Newcastle was not enough for the Magpies.

Before this win against Newcastle, Chelsea made a goalless draw against Southampton at home, which was a good example how inconsistent the Blues could be sometimes.

The clash between Arsenal and Chelsea at the Emirates shall be a great spectacle. Both teams have reasons to aim for the win. Arsenal are fighting for a Top 4 position, while Chelsea are aiming to overtake Tottenham at the 3rd place.