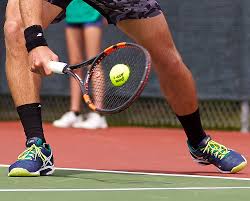 The №17 seeded Nick Kyrgios is still awaiting to play his first match in the ATP 1000 Miami Masters. The talented Australian will try to reach the final stages of the tournament, but it won’t be easy – the competition here is serious.

In the first round Kyrgios had a rest and now in the second round he’s about to meet the Serbian player Dusan Lajovic.

In the first round Dusan Lajovic had to face Horacio Zeballos from Argentina. The Serbian had some difficulties in the first set, but in the end he celebrated a win in three – 3-6 7-6(2) 6-4.

This will be first match between Nick Kyrgios and Dusan Lajovic. The Australian is an obvious favourite here, especially with Dusan Lajovic being out of the ATP Top 100.

The winner of this game will face the winner from the match between Fabio Fognini and Nicola Kuhn in the third round of the tournament.

Meanwhile the №31 seeded Fernando Verdasco already reached the third round of the Miami Masters.

The match against Guillermo Garcia-Lopez was not an easy one for Fernando Verdasco. He had to deal with losing the first set, before winning the match with 4-6 6-0 6-2.

So far Fernando Verdasco and Guillermo Garcia-Lopez have faced each other 9 times. The balance is strongly in Verdasco’s favor – 7 to 2 wins for him. For the last time they met in 2016 in Bucharest, when Fernando Verdasco celebrated a win in three sets – 6-3 3-6 6-2. What about now?