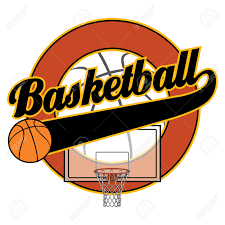 It was another great night for Real Madrid in the Euroleague. The Spanish giant celebrated a 88-81 win over Zalgiris Kaunas, making another confident step towards securing a home ground advantage during the playoffs.

In this way Real Madrid improved to a 17-11 record, while for Zalgiris the loss in the Spanish capital meant a drop to 16-12. Despite of the loss, Zalgiris already qualified for the playoffs of the Euroleague, doing for a first time since the playoffs returned to the competition in 2005.

It was a good night for Felipe Reyes, who scored 16 points for the winning team. Fabien Causeur added 14 for the Los Blancos. It was a successful night for Luka Doncic as well. He returned from injury and produced 11 points and 7 assists for Real Madrid, proving once again that he’s an important player for the home team.

For Zalgiris it was a good shooting night for Paulius Jankunas, who finished the night as the top scorer for the night, leaving the pitch with 21 points in his account.

We shall say that Zalgiris missed their chance for something more in the game. Early in the second half they had 7 points advantage for 41-48, but they were unable to keep it and use it in their favour. Facu Campazzo and Fabien Causeur shined in this phase of the game, allowing Real Madrid to close the gap and change how the match flows.

In some moment of the match Zalgiris once again had the lead for 75-74, but 6 crucial unanwsered points from Trey Thompkins once again put the Los Blancos in the position of a favourite.

Real Madrid are currently 4th in the Euroleague standings, having the same record as Panathinaikos, but better stats. Zalgiris Kaunas are 7th.