Bayer Leverkusen are hosting Mainz 05 in a game from the 4th round of the German Bundesliga. Let’s have a look at this clash at the BayArena in the city of Leverkusen.

Bayer didn’t have a positive start of the new season. They are currently 17th, positioned in the relegation zone without a single point won so far. Since the start of the season, Leverkusen suffered defeats against Borussia M’gladbach, Wolfsburg and Bayern Munich.

In the previous round Leverkusen visited Bayern in Munich and the most logical thing happened – Bayern won. Wendell opened the score for Leverkusen after an early penalty, but soon after this Bayern turned the game around and won with 3-1.

During the week Leverkusen had a game in Europa League. The team travelled to Bulgaria to face Ludogorets. Leverkusen were down with 0-2, but they managed to win the game with 3-2 in the end. 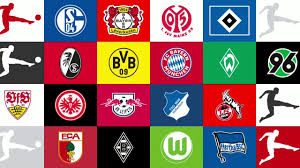 Winning in Europe is always good, but Leverkusen surely need to improve the way they perform in the Bundesliga. It’s unacceptable for them to be without a single point after the first three rounds. This team usually fights for a Champions League qualification, not against relegation.

Mainz 05 are doing much better than Leverkusen at this point. They are 5th in the league standings with 7 points won so far and a record of two wins and one draw.

In the previous round Mainz achieved a very dramatic 2-1 win against Augsburg at home. All of the three games in the match were scored in the last 10 minutes. Ji Dong-Won opened the score for Augsburg, but Mainz managed to turn the game around with strikes from Anthony Ujah and Alexandru Maxim.

These are our thoughts about the Bundesliga game between Bayer Leverkusen and Mainz 05. Good luck!