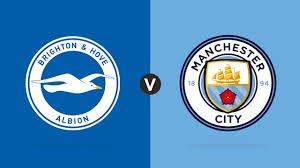 Brighton & Hove Albion hosts Manchester City in a crucial game for the title race in the Premier League. A win here guarantees the gold medals for the Cityzens, who are ready to clinch the title for a second consecutive year.

Right now Man City are one point ahead of Liverpool in the standings, so they don’t have any room for mistakes here. Pep Guardiola’s boys are holding their own destiny in their hand and they are aware that the three points here will mean a big celebration at the end of the game.

If Manchester City win the game, they will finish the season with the groundbreaking 98 points and 32 wins, achieved during the campaign. At this moment the current champions are enjoying a run of 13 consecutive wins in the league, which shows how consistent Pep Guardiola’s team is since the beginning of the season.

In their last game City achieved a very difficult, but very important 1-0 win over Leicester City at home. The game was not going well for the champions, but the captain Vincent Kompany scored a terrific goal just 20 minutes before the end. He didn’t leave any chances to Kasper Schmeichel with a long range strike. 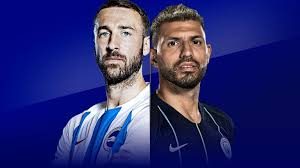 In the same time Brighton & Hove Albion are not playing for anything anymore, as they already kept their place in the league. Right now they are 17th in the Premier League 36 points, but being 5 points ahead of the 18th Cardiff City and the relegation zone. They can breathe more easy now.

Right now Cardiff City are in a run of three consecutive losses in the league. In their last game Neil Warnock’s boys faced Crystal Palace at home and suffered a 2-3 defeat, which really sealed their destiny.

That’s what we had to say about the Premier League clash between Brighton & Hove Albion and Manchester City on Sunday. Will this game decide the title?