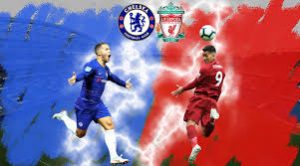 Chelsea hosts Liverpool in the big derby of the 7th round of the English Premier League. Let’s take a look at this game at the Stamford Bridge in London.

Chelsea are currently 3rd in the Premier League standings with 16 points, but just 2 points behind their next opponent. This means that Chelsea could overtake Liverpool in the standings, if they manage to win against Jurgen Klopp’s team.

Chelsea were leaders in the league, but their surprising 0-0 draw against West Ham allowed Liverpool and Manchester City to get ahead of them in the standings. Until then, Maurizio Sarri’s team was in a run of five consecutive wins in the league.

Liverpool are the leaders in the Premier League with a flawless record of 6 wins from 6 matches played. So far Jurgen Klopp’s boys are perfect in the league, but let’s see if they can keep this record after a difficult trip to the Stamford Bridge.

These two teams met just few days ago for the League Cup at the Anfield. Chelsea won this match with 2-1, thanks to goals from Emerson and Eden Hazard. Before this, Daniel Sturrige had scored for Liverpool, but his goal was not enough.

Of course, both managers had made some changes in their line-ups, just as always in the League Cup. When these two teams meet on Saturday night, we will see their best teams on the pitch.

Chelsea have some problems before this match. Maurizio Sarri still doesn’t know if he’d be able to use Andreas Christensen, Antonio Rüdiger, Ruben Loftus-Cheek and Pedro, who are having different injuries.

Liverpool are worried by Virgil Van Dijk’s injury, while Alex Oxlade-Chamberlain and Adam Lallana are missing the game with injuries.

This is our look at the Premier League derby clash between Chelsea and Liverpool. We wish you good luck!