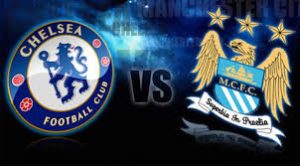 Chelsea faces Manchester City in the big derby of the 16th round of the English Premier League. Let’s take a look at this amazing clash at the Stamford Bridge in London.

Chelsea made some mistakes lately, which is the reason why right now the Blues are trailing on 10 points behind the leader Manchester City. At this moment Chelsea are 4th in the Premier League standings with 31 points, having a record of 9 wins, 4 draws and 2 losses. In their last five games Maurizio Sarri’s players won just two of their games, doing one draw and suffering two defeats. They started the season really well, but soon after this Chelsea started to make a lot of mistakes.

In their last game the Londoners suffered a 1-2 defeat during the visit to Wolverhampton Wanderers. Ruben Loftus-Cheek opened the score for Chelsea at the Molineux, but the Blues conceded two goals after the halftime break, which decided everything.

Manchester City on the other hand are leaders in the standings with 41 points, having 2 points advantage in front of Liverpool. So far City are unbeaten in the league, having a near-perfect record of 13 wins and 2 draws.

In their last game the Cityzens enjoyed a tough, but important 2-1 win during the visit to Watford. Leroy Sane and Riyad Mahrez scored for Pep Guardiola’s team at the Vicarage Road.

Last season Manchester City enjoyed a win at the Stamford Bridge, thanks to a winning goal by Kevin De Bruyne. Now the Cityzens will try to repeat this performance and clinch another win in the capital.

That’s what we had to say about the Premier League clash between Chelsea and Manchester City. Maybe City are a favourite here, but it’s always very difficult to play at the Stamford Bridge. Chelsea will fight, that’s clear.