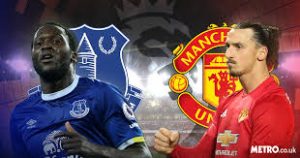 Everton welcomes Manchester United in a match from the 35th round of the Premier League. Let’s take a look at this clash at the Goodison Park and see what’s the situation with these two sides at the moment.

Right now Everton are 9th in the Premier League standings with 46 points won. They are just one point behind the 8th Wolverhampton Wanderers and the 7th Leicester City, so the Toffees could eventually improve their position in the league. So far they have a record of 13 wins, 7 draws and 14 defeats since the start of the season. In their last five games their record goes like this: three wins and two defetas.

In their last league game Everton conceded a 0-2 loss during the visit to the relegated Fulham at the Craven Cottage. Both goals were scored after the halftime break, when Tom Cairney and Ryan Babel scored for the Cottagers.

Meanwhile Manchester United are 6th in the league with 64 points, fighting for a Top 4 finish and another participation in the Champions League. Right now the Red Devils are trailing on just 2 points behind the 4th Arsenal, so the fight for them is still wide open.

In their last five games in the league Ole Gunnar Solskajer’s team won three times, but also suffered two losses. In their last game United hosted West Ham and enjoyed a 2-1 win, thanks to two goals from penalty kicks, scored by Paul Pogba. 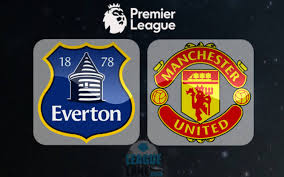 During the week Manchester United had a visit to Barcelona in the Champions League, but the Red Devils got beaten with 0-3 at the Camp Nou by the Catalan giants.

This is a pretty hard game to predict. Everton are pretty strong at home, while Manchester United do not have any room for mistake. It shall be very interesting at the Goodison Park.