Everton hosts Southampton in a match from the 2nd round of the English Premier League. Let’s examine this clash at the Goodison Park and the condition of the two teams. 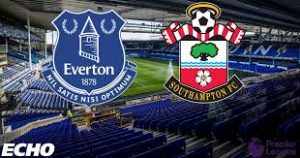 Everton started the campaign with a dramatic 2-2 draw during the visit to the newcomer Wolverhampton Wanderers. This was a debut for the new manager Marco Silva, who managed to win a point despite of the Phil Jagielka’s red card five minutes before the halftime. It was a great afternoon for Everton’s new signing Richarlison, who scored both goals for the visiting team.

During the summer Everton did a lot of work on the transfer market, so we shall expect to see them on a pretty high level this season. The manager Marco Silva has a squad witn an impressive depth, so he can’t be unsatisfied with the team he has at the moment. The question is – can he make it work? Because this is the most important thing at this case.

Southampton started the new campaign with a 0-0 draw at home against Burnley. The Saints didn’t have the best game in their opening day, so many of the fans were probably dissapointed with what they have shown against Burnley.

Last season The Saints were pretty close to relegation, which is because the manager Mauricio Pellegrino lost his job. He was replaced by Mark Hughes, who is still at helm. It won’t be easy for the Welsh manager to keep Southampton in the division, so every point is going to be important for the club from the St. Mary’s Stadium.

For this game Everton can’t use the new signings Andre Gomes, Bernard and Yerri Mina, who are still injured. Meanwhile Richarlison is doubtful, while Phil Jagielka is suspended. Southampton on the other hand could be without Mohamed Elyounoussi, who will have a late fitness test before the game.