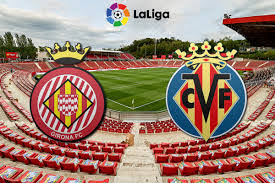 Girona hosts Villarreal in a game from the 32th round of the Spanish La Liga. Stay with us, because we are going to offer you some insights about this clash in Catalonia.

Girona are 14th in La Liga with 34 points won so far, but the Catalans are still not sure about their survival. Right now Girona are just 4 points ahead of the 18th Villarreal, so this direct clash against the Yellow Submarine is going to be very important for them. A win in this game could mean a lot for Girona.

At this moment Girona have a record of 8 wins, 10 draws and 13 defeats in the Spanish league. In their last five games the Catalans are not doing very well – one win and four defeats. This is exactly the opposite of what they must be doing at the end of the season.

In their last match Girona suffered a 1-2 loss against Espanyol at home. Christian Stuani scored the hosts’ only goal in the game, but Sergi Darder and an own goal from Yassine Bounou clinched the game in Espanyol’s favour. 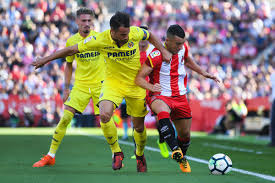 In the same time Villarreal are in the relegation zone of La Liga, being 18th with 30 points won so far. The Yellow Submarine have a record of 6 wins, 12 draws and 13 defeats so far. It has been a truly terrible season for Villarreal so far.

In their last five games in the league Javi Calleja’s boys won twice, lost twice and made one draw. In their last game they they suffered a 1-2 defeat during the visit to Real Betis. Ramiro Mori scored Villarreal’s only goal in the game, but it was not enough for the visitors.

These are our thoughts about the La Liga clash between Girona and Villarreal on Sunday. We wish you good luck!