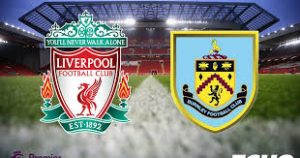 Liverpool welcomes Burnley in a match from the 30th round of the English Premier League. Let’s see what’s going on with these two teams before their clash at the Anfield.

Liverpool are in a difficult mind state right now as the Reds lost their place as a leader in the Premier League. This happened after the 0-0 draw with Everton at the Goodison Park last week. Because of this draw, now Liverpool are already second in the standings, being one point behind the leader and current champion Manchester City.

Clearly there’s some problem with Liverpool at the moment, based on their performance lately. The Reds made three draws in their last five games in the league, which is why they lost their solid advantage at the top of the standings. Now Jurgen Klopp’s boys must show some mental strenght in order to overcome this difficult moment. They know that they can’t make any mistakes anymore if they want to beat City for the title.

Burnley on the other hand are 16th in the Premier League standings with 30 points won. They have a record of 8 wins, 6 draws and 15 losses. This season is far worse for Burnley than the previous one and they are still not completely safe. Right now Sean Dyche’s team is just 5 points ahead of the 18th Cardiff City and the relegation zone. They still have some job to do in order to survive.

In their last game Burnley suffered a 1-3 defeat during the home game with Crystal Palace at the Turf Moor. Ashley Barnes scored the only goal for the home side, but this goal came in the last minutes of the match. It was already over.

That’s what we had to say about the Premier League clash between Liverpool and Burnley at the Anfield. Are you ready?