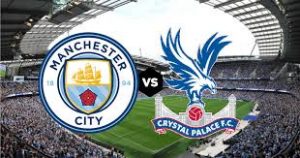 The champion Manchester City hosts Crystal Palace at the Etihad Stadium in a game from the Premier League on Saturday. Let’s discuss this clash.

Manchester City are currently second in the Premier League with 44 points, being 4 points behind the leader Liverpool, but also having a game in hand, of course. So far the Cityzens have a record of 14 wins, 2 draws and 1 defeat since the beginning of the campaign. Pep Guardiola’s team managed to bounce back after the loss against Chelsea, winning with 3-1 against Everton at the Etihad. Gabriel Jesus scored a brace for City, while Raheem Sterling also added one more goal in Jordan Pickford’s net. Dominic Calvert-Lewin scored one for Everton, but it was not enough for the Toffees to take something from this game.

It’s clear now that Manchester City and Liverpool are the main contenders for the title this season. City can’t allow themselves to lose any points right now, because if the gap increases, they will be in a bad position to chase the title. A win against Crystal Palace is a must here.

Meanwhile Crystal Palace are 15th in the Premier League standings with 15 points and a record of 4 wins, 3 draws and 10 defeats. In their last five games Palace won twice, suffered two defeats and made one draw.

In their previous fixture Crystal Palace enjoyed a 1-0 win against Leicester City at the Selhurst Park. Luka Milivojevic turned out to be the hero for the Londoners, scoring the winner just minutes before the end of the first half.

That’s our thoughts about the Premier League fixture between Manchester City and Crystal Palace at the Etihad Stadium on Saturday. The champions are the favourites here and most probably they will take the win. They do not have any other choice here.