Manchester United host Barcelona in a first leg from the Champions League 1/4-finals at the Old Trafford Stadium. These two teams are usually offering us good spectacles and we have the reason to think that now it’s going to be the same, too.

Manchester United are not having their best season so far, but their dream of winning the Champions League again is still alive. In the previous round Ole Gunnar Solskjaer’s team made a small miracle, eliminating the French giants PSG after a 0-2 loss at home in the first leg. The miracle happened in Paris, where United won the game with 3-1 and reached the next phase of the competition.

The Red Devils are obviously improved since Ole Gunnar Solskjaer replaced the sacked Jose Mourinho. The Norwegian tactician managed to improve the atmosphere in the dressing room, which is the main reason for United’s progress since the managerial change. 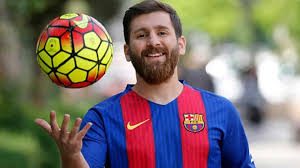 Barcelona on the other hand are considered one of the big favourites for the trophy this season. In the previous round Los Cules eliminated Olympique Lyonnais from the competition after a convincing 5-1 win at the Camp Nou. The team’s two superstars Lionel Messi and Luis Suarez are in a great form at the moment, which promises a lot of trouble for Manchester United’s defense. Barca’s problems are related to Ousmane Dembele’s fitness. The French star could remain on the bench after his latest injury.

Manchester United will be the team with a better rest on Wednesday. The Red Devils will enjoy 8 days of rest before this clash against Barca, while the Catalans would have just 4 days of rest. In their last game in La Liga Barcelona enjoyed a 2-0 win over Atletico Madrid, due to goals from Luis Suarez and Lionel Messi.

We have all the reasons to expect a great football game between Manchester United and Barcelona at the Old Trafford on Wednesday night. Barca are the favourites, but United will be a dangerous opponent.