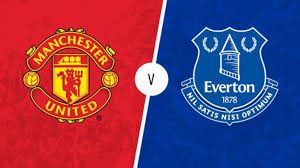 We are heading to the legendary Old Trafford in Manchester, where Manchester United welcomes Everton in a match from the 10th round of the English Premier League.

It’s been a tough season for United so far. The Red Devils are currently 10th in the Premier League, having 14 points and a record of 4 wins, 2 draws and 3 defeats. In their last two games in the league, Jose Mourinho’s boys won just twice – against Watford and Newcastle. 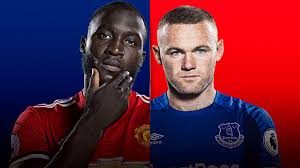 In the previous round United were unlucky to not win against Chelsea. The Red Devils had a goal lead until the last seconds of the match, thanks to two goals from Anthony Martial. But in the last seconds of the game, Ross Barkley equalized for Chelsea. It was very dissapointing for Jose Mourinho and his team. Now Manchester United must make an effort to come back on the winning road.

Everton are 8th in the league standings with 15 points. The Toffees have a record of 4 wins, 3 draws and 2 defeats. But right now Everton are in a good shape, having won their last three matches against Fulham, Leicester and Crystal Palace.

In the previous round Everton hosted Crystal Palace at the Goodison Park and enjoyed a comfortable 2-0 win. Dominic Calvert-Lewin and Cenk Tosun scored for the Toffees, while Andre Gomes made his debut for the team.

The vibe in Everton’s squad is pretty good now. The team won 9 points in its last three games, so everything looks fine right now. But now they will have a tough task against Manchester United at the Old Trafford.

These are our thoughts about the Premier League clash between Manchester United and Everton at the Old Trafford. This shall be a very interesting game. Who do you got, folks?