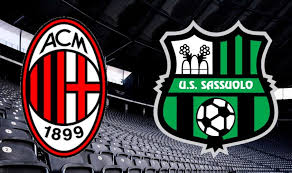 Milan welcomes Sassuolo in a match from the 31th round of the Italian Serie A.

Milan are currently 6th in the Serie A standings, fighting for a Top 6 finish and another qualification for Europa League. Right now the Rossoneri have 51 points and they are 4 points ahead of the 7th Sampdoria. Milan’s record so far shows 15 wins, 6 draws and 9 losses.

In their last five matches Milan won three times, made one draw and suffered one defeat against the leader and reigning champion Juventus.

Last summer Milan spent around 200 million euro for new players, but it didn’t give the team the boost it needed. The manager Vincenzo Montella was sacked and replaced by club legend Gennaro Gattuso. The former Italian international had a rocky start at the San Siro, but later he managed to stabilize the team. Now people are talking that Gattuso will sign a new contract with the club.

Milan’s big goal was a return to the Champions League, but at this moment it looks like they need more time in order to do it. And maybe some new players at certain positions.

Sassuolo on the other hand are 16th in the Serie A standings with 29 points won so far. They have a record of 7 wins, 8 draws and 15 defeats since the beginning of the season. In their last five games Sassuolo won once, suffered one defeat and made three draws, including against Chievo in the previous round.

Against Sassuolo Milan will try to get back on the winning ways. The Rossoneri are without a win in two consecutive games, so for them it’d be important to win this one. But Sassuolo won’t give up without a fight, that’s also clear to everyone. We shall expect to see some interesting game at the San Siro.