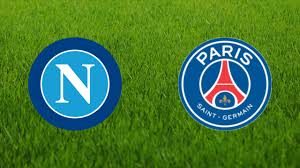 Napoli faces PSG in a match from Group C of the Champions League. This intriguing game is going to be played at the Stadio San Paolo in the city of Naples on Tuesday night.

These two teams met recently in Paris, where Napoli were very close to winning the game. The match ended with a 2-2 draw, only because Angel Di Maria’s equalizing goal in the last seconds of it. Before this Lorenzo Insigne and Dries Mertens scored for the Italian team, while Napoli’s Mario Rui scored himself an own goal.

Right now Napoli are 2nd with 5 points won in the group, but PSG are following with just one point less. It’s clear that both teams are motivated to qualify for the next phase of the competition. The current leader in this group Liverpool have 6 points won so far.

In the Serie A Napoli are currently 3rd in the standings with 25 points, being on par with the 2nd Inter, but having a worse goal difference. In their last game Carlo Ancelotti’s boys enjoyed a thrilling 5-1 win over Empoli at home. The Belgian international Dries Mertens scored a hattrick in the game, while Lorenzo Insigne and Arkadiusz Milik added two more for the winning side.

Far from surprising, PSG are leading the French Ligue 1 with 12 wins from 12 games played. Unlike their performance in the Champions League, Thomas Tuchel’s side is flawless in the Ligue 1.

This shall be a true football spectacle at the San Paolo. For both teams is going to be a very important clash, because both of them want to progress to the 1/8-finals. But the truth is that whoever losses this game will find it very difficult to bounce back with just 2 games remaining until the end of the group stage.