Nice hosts PSG in a match from the 8th round of the French Ligue 1. Let’s take a look at this clash at the Allianz Riviera in the beautiful city of Nice.

Nice had an average start of the new season. They are currently 11th in the Ligue 1 standings with 10 points won so far. Their record shows 3 wins, 1 draw and 3 losses – pretty balanced, if you ask us.

But right now Nice seems to be in a pretty good shape. They have won three of their last four games, only losing against Montpellier away from home. In the previous round Patrick Vieira’s boys achieved a 2-1 during the visit to Nantes. Christophe Jallet and Jean Victor Makengo scored the winning goals for Nice.

But now they will have a really tough challenge against the champion PSG. 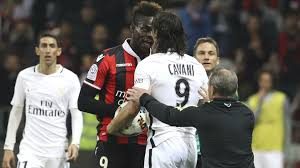 PSG are flawless since the start of the season – 7 wins from 7 games played. They have scored 24 goals so far and conceded just 6. As it looks so far, PSG will win the title once again without much of a problem. Right now they already have 8 points advantage in front of the 2nd Olympique Lyonnais.

In their last game PSG enjoyed a comfortable 4-1 win against Reims at home. Even without Kylian Mbappe, the Parisians dominated the game easily and won with goals from Edinson Cavani (twice), Neymar and Thomas Meunier.

PSG are so much better than anyone else at the moment that they find it equally easy to dominate games at home and away from it. This is why we think that for Nice it would be really hard to bring some problems to the champions. Thomas Tuchel’s team is working like a perfect machine so far. But who knows? Maybe this time it won’t be so easy for the champions.