Spain hosts Croatia in a match from Group 4 of League A of the UEFA Nations Cup. This game is going to be played at the Estadio Manuel Martinez Valero in the city of Elche. Let’s take a look.

This is going to be a second official game for Spain’s new manager Luis Enrique. The former Barcelona coach already had a successful debut for La Roja, leading the team to a 2-1 win over England at the Wembley. Marcus Rashford gave England the lead, but goals from Saul and Rodrigo led Spain to its first win with Enrique as a coach. 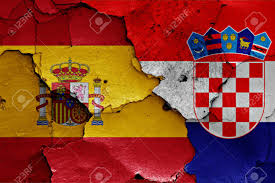 Now it’s time for Luis Enrique to face his seocnd challenge in an official game. His Spain is going to meet the World Cup finalist Croatia and it promises to be a very exciting match in Elche.

A second win for Spain would mean that La Roja will move very close to winning the first place in Group 4. After having a dissapointing World Cup in Russia this summer, being eliminated by the host in the 1/8-finals, now the Spanish team is hungry for success. And the Nations Cup could be a very good way for La Roja to win back its confidence.

For Croatia it’s going to be a first game in the Nations Cup. After reaching the final of the World Cup, the Balkan team is filled with confidence. Few days ago the Croatians played their first game since the World Cup, making a 1-1 draw against Portugal away from home. Ivan Perisic opened the score for Croatia, but Pepe equalized for the European champion.

The match between Spain and Croatia is going to be e spectacle, we don’t have a doubt about this. La Roja have the advantage to play at home, but for them it won’t be easy against the World Cup finalist.